Himotoku: The Opening Blossoms of an Unraveling World

Himotoku: The Opening Blossoms of an Unraveling World

Ever since it first opened in 2001, TOKAS has continued to collaborate with international artists, curators, arts centers, and cultural organizations to produce exhibitions and pioneer related programs. TOKAS Project, which began in 2018, aims to shine a contemplative light on the arts, society, and various other themes from a multicultural perspective.

TOKAS and Taipei Artist Village (TAV) have been operating a two-way residency program that invites and sends creators to and from Japan and Taiwan since 2007, and this year marks the program’s 15th anniversary. As of this year a total of 29 artists have participated in the program, producing works in both Japan and Taiwan.

The Japanese word himotoku (lit. “to unravel”) can signify opening and reading a book, and connects to the process of coming into contact with knowledge through printed matter, looking back on history, and revealing truths. The word also represents an image of a bud opening and bursting into bloom. The five artists featured in this exhibition spent time in Tokyo and Taipei reflecting on regional history, meeting people, and discovering new aspects of the city where they stayed. Connecting these encounters to the production of art has been a process of evolution toward new creative horizons and the disentanglement of a complex world, like a tightly closed bud beginning to open.
We sincerely hope that this collaboration between TOKAS and TAV, which is celebrating its 15th anniversary, will continue to bring about the blooming of many flowers in the future.

*Subject to change due to the situation affected by COVID-19.

Chen I-Hsuen creates photographic, video, and performance works, focusing on relationships between objects and public power in urban environments. During his residency in Tokyo from January to March 2020, he researched homeless people in transit and those compelled to move into new housing due to the Tokyo Olympics. In this exhibition, he presents Soft Quarantine, a series of photographs that capture objects in a state of “self-isolation” amid a city entering a pandemic.

【Profile】Born in Taipei in 1982. Lives and works in Taipei. Graduated from Pratt Institute with a MFA in Photography in 2012. 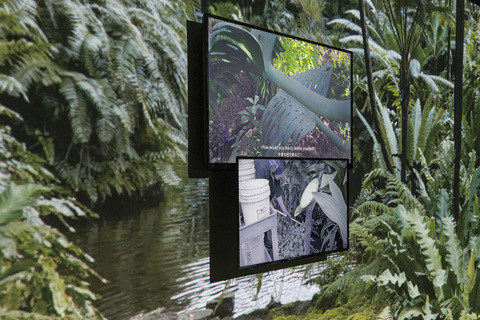 Sera Yu Wen Chen is interested in human-created natural spaces, and during her residency at TOKAS, she visited various Japanese gardens to conduct research and interviews so as to explore the methods and ideas underlying the creation and maintenance of gardens. Through this approach, she presents works inspired by relationships between people, nature, and cities as seen in Japanese gardens and streets.

【Profile】Born in Hualien in 1991. Lives and works in Taipei. Graduated from the School of the Art Institute of Chicago with an MFA in 2019. 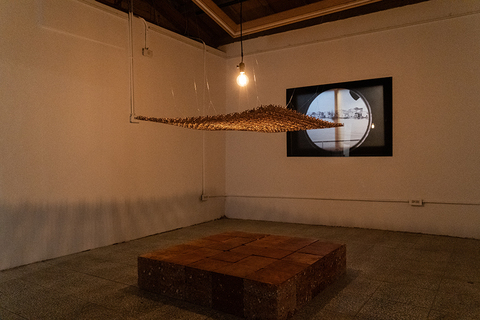 Hashimoto Jin uses materials such as wood and iron in works based on the themes of “time and accretion” and “existence and memory.” In this exhibition, he traces the story of his grandmother, a Wansei (Taiwan-born Japanese person) who was repatriated to Japan after World War II, and memories accumulated at the Takahashi Residence where she lived in Taipei, while expressing the collective mentality of Wansei people in abstract form.

【Profile】Born in Saitama in 1984. Lives and works in Saitama. Graduated with an MA in Crafts from the Tokyo University of the Arts in 2014. 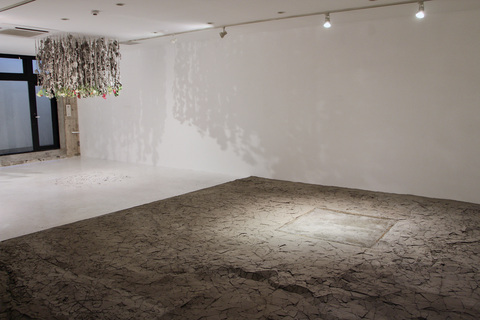 Lu Chih-Yun moved to Tokyo following her residency in 2012. In recent years, she has been working with cement, which is used in construction and has an image of strength and solidity. In this exhibition, she presents work that alters the viewer’s perception of cement by combining it with other materials such as sponges on the floor and artificial flowers suspended from the ceiling.

【Profile】Born in Japan in 1984. Lives and works in Tokyo. Earned her Ph.D from Tokyo University of the Arts in 2018.

The Vivid Memories in the Vanished Villa  2021

Chou Wuhan employs architectural design, drawings and stories in installations and performances to reinterpret architectural and urban narratives. For this exhibition, he researched the Takahashi Residence built during the Japanese colonial period in Taiwan, and the history of that period, with the goal of reconstructing memories of that era. He is also a member of Inukichi Books, which produces artist books through research into Taiwanese literature and architecture.

【Profile】Born in 1987. Lives and works in Taipei. Graduated with an MA in Architecture from London Metropolitan University in 2014.

TOKAS introduces “The Letter Project” which was held in the exhibition "Messengers: TAV & TOKAS 15th Anniversary Commemorative Exhibition" in TAV in 2022.

“The Letter Project” invited artists who have attended the exchange project between TAV and TOKAS in the past 15 years and the representatives from both institutions to portray the changes in their inner worlds through writing letters or images.

Jin Hashimoto and Shu Wuhan have been expressing the history of Japan and Taiwan in their works. In this talk event, they will discuss from various angles the "history of Wansei" that they have always been conscious of, inviting as guests Jun Shozawa, a researcher of Taiwanese oral history, and Yoshitaka Matsuda, a journalist on the relationship between Okinawa and Taiwan.

The booking has been closed (Fully booked).