Purpose of the residency

I will research the traces of the ice sheet and make artworks under the theme of "lost article of the glacier." The vast glaciers that covered Scandinavia in the old days made grooves on the surface of the land and polished them. The glacier was thought to have retreated 10,000 years ago, leaving a variety of topography, such as moraine, drumlin, esker and numerous lakes. Among them, I am interested in the bedrock in Temppeliaukio Church in Helsinki. This church is built in a hollowed-out huge rock, and there are hollowed bedrock being exposed on the inner wall of the church. This bedrock space has excellent acoustic effects and is still used as it is, with the advice of the acoustical engineer Mauri Parjo. And you can see the traces of glacier on the surface of the bedrock. It can be said that this architecture is an acoustic architecture that keeps the memory of glacier.
The reason that I had an interest is from the experience of recording acoustic echo and vibration of the architectural space of "Therme Vals" designed by world-renowned architect Peter Zumthor in Vals, Switzerland in 2017. This hot spring architecture which is his representative work was built by local craftsmen using locally quarried Vals stone. Although the building is modern, it is half-buried in the deep valley of Vals and blended into the environment while keeping the local memory. By recording the sound of Temppeliaukio Church that makes you feel deeply relate with nature even though it is an artifact such as this architecture, I want to explore the relationship with nature that is over the binary opposition of artificial / nature.

Plan during the residency

I will record the architectural space of Temppeliaukio Church acoustically / visually by field recording and drawing. The internal space of the building is recorded with a binaural microphone, and the traces of glacier-carved on the bedrock of the inner wall can be captured as internal vibrations by using a concrete microphone. Also, many bedrocks have traces of glaciers in Helsinki. I will record it in the same way as above. And I will also record the sound of the Högberget Cave where is within an hour from Helsinki. This cave was formed during the glacier deglaciation and made a vertical hole because of the exerted strong pressure by flowing snow on the cracks in the rocks.
I will make a sound installation based on research materials. And also I will do sound performance with Helsinki artist as collaboration works.

Activities during the residency

I conducted research and recorded inside Temppeliaukion Church, which consists of bedrock formed by glaciers, and inside Högberget's cave, formed by glacial meltwater. During my stay at HIAP, I visited various places in Finland, and made drawings of the impressive landscapes. I met and interacted with a variety of people in Finland. It was remarkable that I had a sound performance in collaboration with Olli Aarni at Temppeliaukion Church. 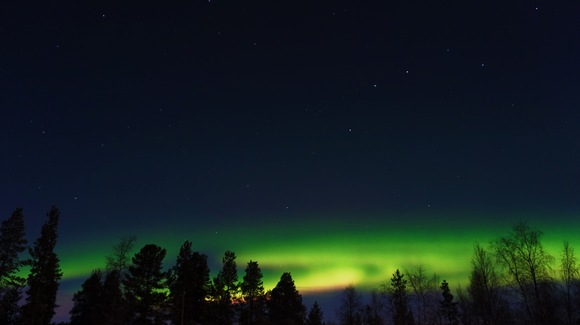 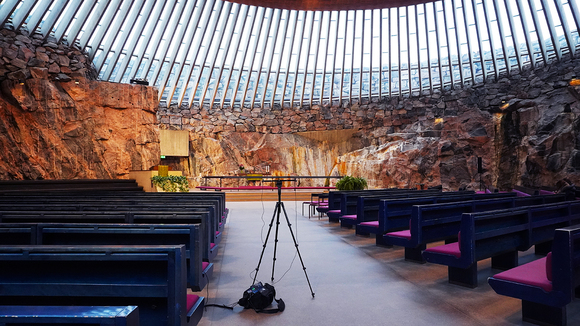 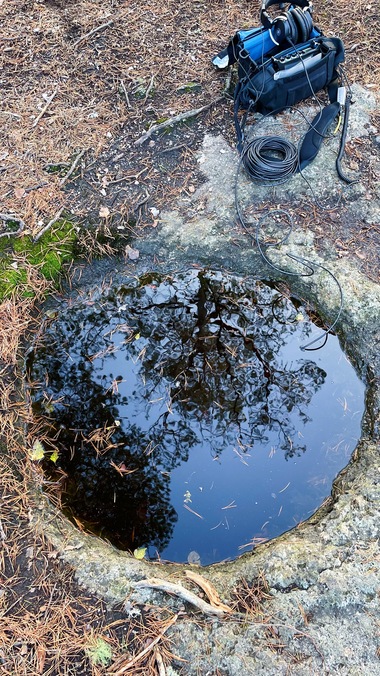 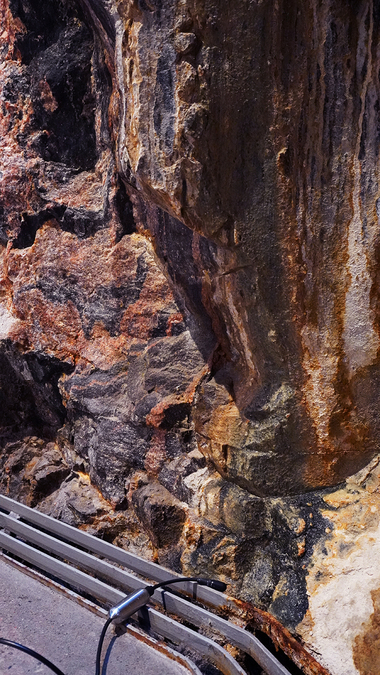 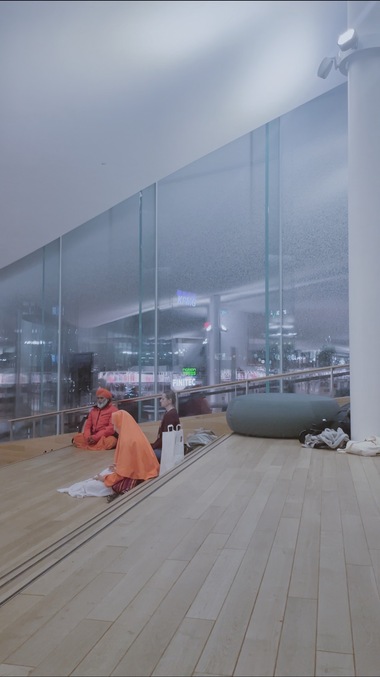 Outcome of the residency

I didn't do as many field recordings as I had expected in Finland. This was partly because I didn't find so many sounds I wanted to record, but being able to interact with people and visit various places was a positive experience. I also made drawings of the landscapes that impressed me while traveling, which I guess will have an influence on my future works. 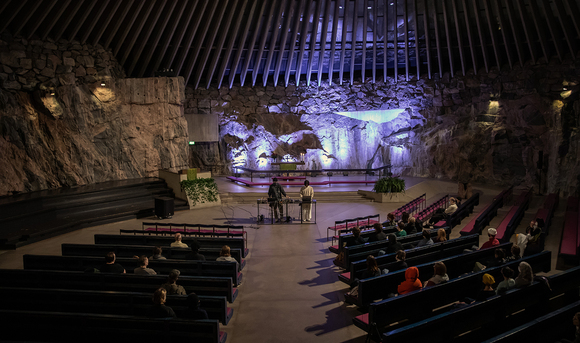 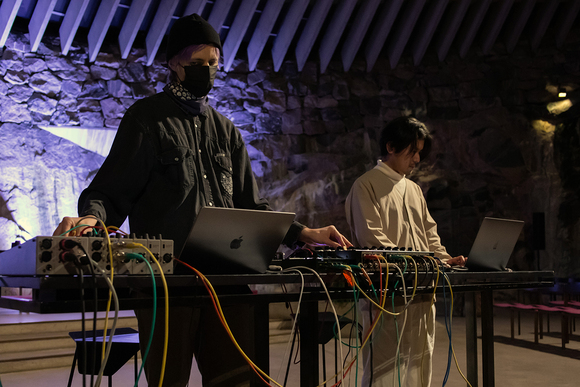 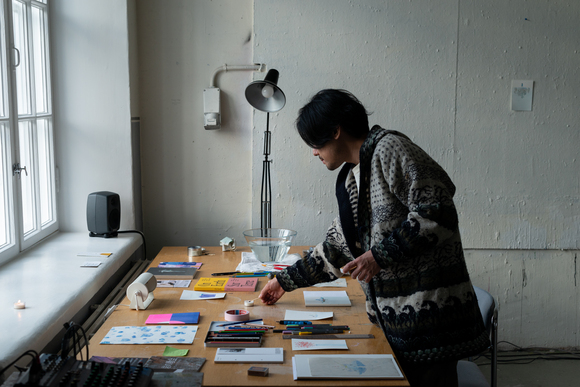 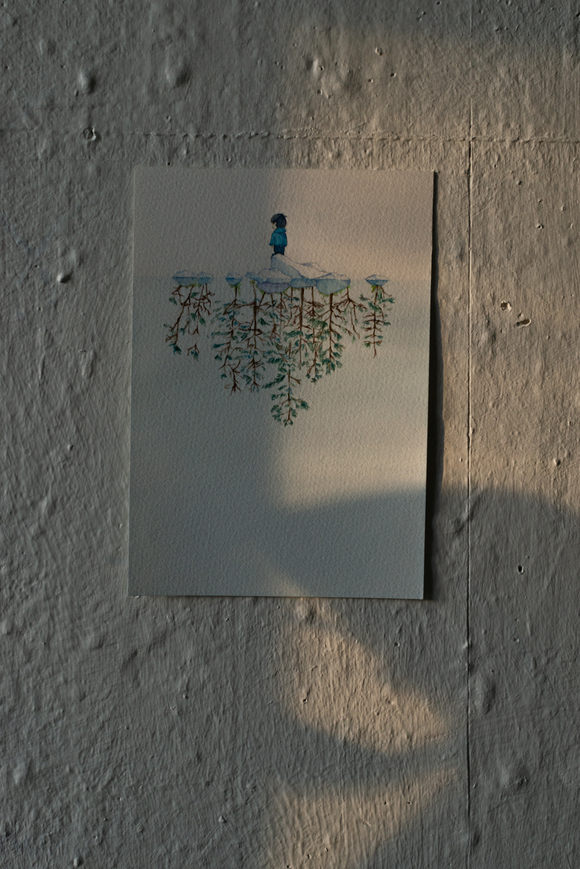