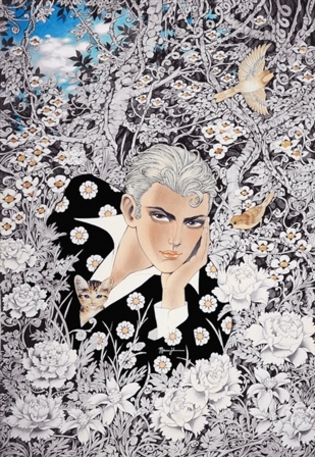 When he was at the height of his popularity, manga artist Baron Yoshimoto concluded all of his serializations and suddenly left for the United States. In 1985, following his return to Japan and concurrently with his work as a comic writer, he began to produce paintings, launching a new and innovative style.
Using the name Ryu Manji in his activity as a painter, he has shown works from the career he began from scratch, separate from manga. Each of these works has been highly praised. Yoshimoto has said, "I want to have the soul of a rascal for the rest of my life," and as if projecting his creative journey, the dramatic depictions unfolding in the frames of a manga are put together in one scene in a picture. The images of "celestial women and men" personified as emitters of the beauty that he independently pursues, have become a consistent motif in many of his works.
This exhibition follows a path of production which goes back and forth between the worlds of illusion and awakening, focusing on the pulse of creation that Yoshimoto has pursued in the present tense ever since his debut as a manga artist in 1959. An important figure in the development of the dizzying postwar manga culture, this artist has continued to wield his brush freely and is now at a "point of passage." By no means a culmination, this will surely be an occasion to face a new reality.
"Baron Yoshimoto: Pulse! Pulse! Pulse!" is organized by Baron Yoshimoto's daughter Emily Yoshimoto, who is also an artist. It all began with the shock of discovering several hundred previously unseen works in a warehouse in 2014. 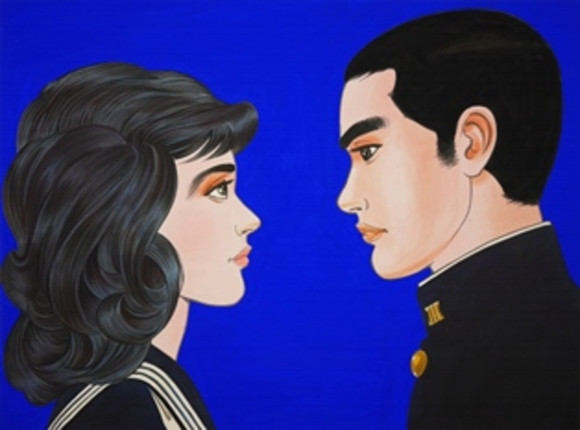 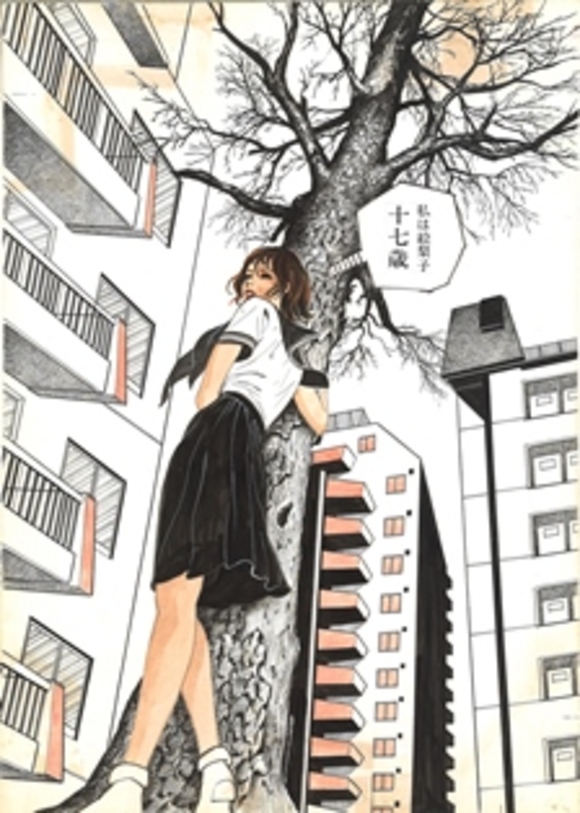